Another slam event has passed and surprisingly, numerous events took place beyond the limits of everyone’s expectations. Here are the ten of the unforgettable moments in Wimbledon 2010 (in order): 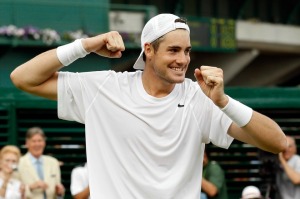 2.) Roger Federer was heavily challenged by Colombia’s Alejandro Falla in the very first match on Centre Court. The top seed was in the brink of losing during the third set (4-5). Luckily, Federer survived that scare and embraced victory in the last three sets (5-7, 4-6, 6-4, 7-6, 6-0). At the end of week one, Federer finally won his third round in straight sets (6-2, 6-4, 6-2) over Frenchman, Arnaud Clement. 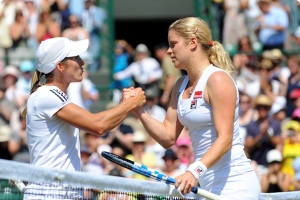 3.) The second week started with unexpected upsets. Kim Clijsters ended Justine Henin’s longing to face Venus Williams in the semis (2-6, 6-2, 6-3). News also confirmed Henin was injured and will not play in US Open.

Last year’s finalist, Andy Roddick, was knocked out by World’s Number 86, Yen-Hsun Lu. Even if Roddick fired two more winners than Lu, his 33 unforced errors and eight double-faults hurt him badly, 7-9 in the fifth.

4.) The current champion in French Open, Francesca Schiavone, and finalist, Samantha Stosur, exited during the first round. Kaia Kanepi slayed Stosur in straight sets and cruised easily into quarterfinals. Kanepi was 4-0 in the final set but due to painful errors, she was luckily defeated by Petra Kvitova.

5.) Since Wimbledon 2007, Venus Williams was only defeated by her sister. This year, however, was a different story. The Queen of Grass was unconvincingly annihilated (2, 3) by Bulgarian’s Tsvetana Pironkova in the last eight. The lucky contender for Venus’ heartbreaking loss was not Pironkova, it was actually Vera Zvonareva who ended up as the runner-up of Serena.

During the semifinals, even Pironkova took the first set, the Russian used her experience to thrash the Bulgarian in the next two (3, 2).

6.) The Dark Horse: If Robin Soderling was the first person to end Federer’s semi-steak in the grand slam since 2005, Tomas Berdych deserved a loud applause for his efforts to stop Federer’s reign in Wimbledon since 2003. Berdych played brilliantly and moved fluidly during the quarterfinals (6-4, 3-6, 6-1, 6-4) in which he hit 12 aces, 51 winners and 138 mph fastest serve speed. Basically, Berdych left no chances for the New World Number 3 (as of July 5, 2010). 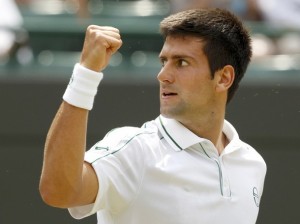 7.) Serbia’s only hope for First Wimbledon Crown lies in the hands of Novak Djokovic.

Nole got lucky in the draw after outplaying former champion Lleyton Hewitt in the fourth round. He took down Yen-Hsun Lu to secure a spot in the last four.

Put in a toughest position where past head-to-head records meant nothing, Djokovic could not find the right tactics to outplay the new and improved “Tomas Berdych.” The Serbian was regularly defensive during the rallies and double-faulting in the most important points.

Berdych’s consistency in all departments was his strongest weapon against the 2008 Australian Open Champion.

Although loss, the Serbian’s biggest moment during the entire match took place in the second set. He was 5-6 down but the luck sided with him and give him a break to force a tiebreaker. In fact, Nole is back at #2 when the new ranking is released. As a semifinalist, he received £250,000.

On the other side, Jelena Jankovic reached the fourth round but chose to retire while Ana Ivanovic, as predicted by everyone, loss in the first round against Shahar Peer of Israel.

It’s crazy as it seems but Jankovic is expected to be back at number two (Poor Venus!) and Ivanovic is out the Top 60.

8.) After series of lucks and upsets, only the supreme competitors remain. After an ace, an un-returned serve and two smashes, Serena Williams was certainly unstoppable during her finals with Vera Zvonareva  (3, 2) to win her fourth Wimbledon title on Saturday. With her 13th Slam, Serena ranks sixth in all time Grand Slam Ladies Champions.

Just an observation: Berdych/Nadal finals was not as good as I expected. I don’t know what happened with Berdych after the first six service games. The Czech was not moving well the next game and he literally donated points to Rafa.

Anyone could not blame Rafa for what happened. As a World Number 1, the charismatic Spaniard simply fought for every point. With the style of playing he performed, it’s just fair to say Berdych’s consistency/inconsistency is either his strongest or weakest weapon in any surface. 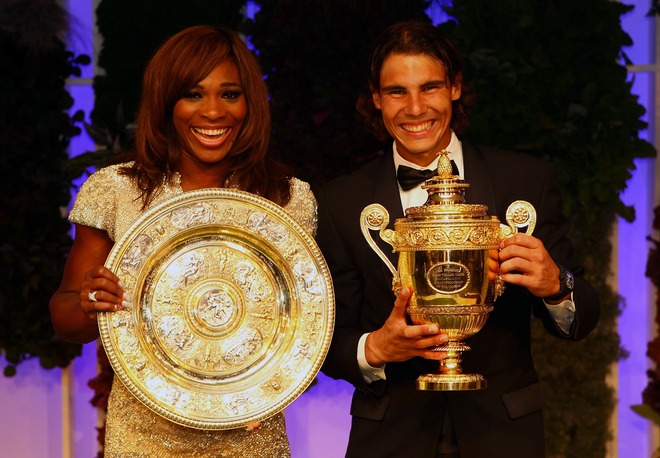