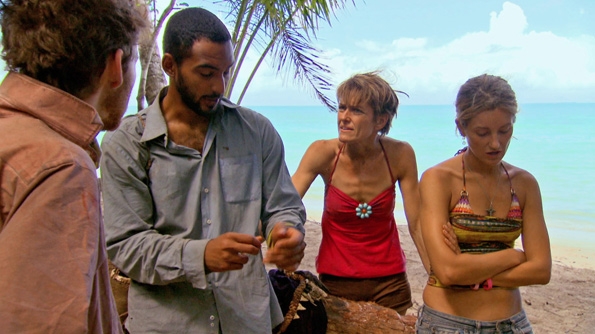 1) “Outorganize, outclean, outgather” – This was what Albert said when he tried convincing Sophie to oust Edna instead of Dawn or Whitney. Another good plan? Yes. But has it worked out successfully? No. Therefore, it’s still useless.

None of Albert’s plans since finding the hidden immunity clue in their camp came true. Albert is one of the most creative strategists in history, there’s no doubt about it, but it looks like he’s just trying to overplan or he’s making plans at the wrong time.

After watching this episode, it made me realize Albert was very lucky to escape the vote. He stayed another day on the island because Coach and his puppets allowed him to.

2) Three-person Duel & 2 down! – I was rooting for Jim or Keith even though I knew Ozzy’s chances of winning a duel is high. The way the scenes were edited, it tried to make the situation more exciting.

It really looked like Keith was close to winning and Ozzy would lose. But it’s hard to put an inspired Ozzy down. For this win, it’s just making sense if I’ll say this season’s Redemption Island is exclusively made for him the moment he took down streaking Christine. Who knows? Ozzy destroys everyone’s expectations and he’ll take home the title instead of Coach.

3) Predictable Finale or Just For Now? – The finale is coming in two or three episodes and the exciting season for eight episodes start to become a little predictable. I gave praises to Sophie’s efforts for winning two Individual Immunity Challenges in a row but it’s still doubtful if she’ll win the title after ignoring Albert’s plans. Also, with Dawn and Whitney in Redemption Island against Ozzy, I know what to expect. Hopefully, a new leaf of excitement and thrill will surface in a couple of weeks. 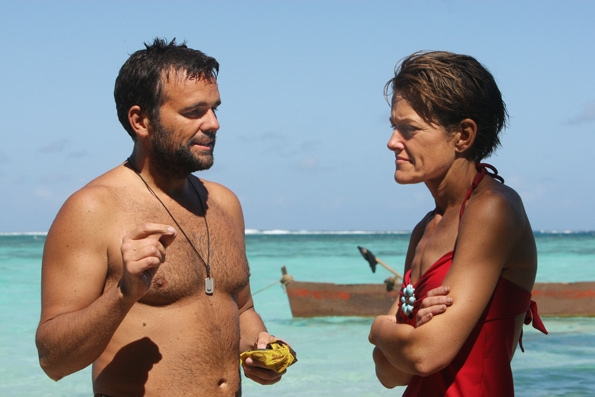 1) Another Double Elimination – Each season SURVIVOR aired a double elimination episode, it’s either breaking the entire episode or making it more memorable.  It was neither very good nor very bad today. It was not as bad as what happened the Season 22 and it was not also as good as in Season 21. The Upolu 6 with their newly recruit double agent by the name of Cochran stayed loyal with each other and voted against the two remaining alpha males in Savii.

2) First Elimination: Ozzy – It’s quite unbelievable Ozzy did not win the Immunity Challenge #1 considering its first phase did not require any strength or balance at all. It only required to toss a coconut inside a circle which looked like four-steps away from where they stood. Unluckily, Ozzy overdid it and was not one of the first four players who would move into the next round. Just the right time to oust him, and I have to admit it’s predictable, the former Upolu alliance did not waste time and send him another one way ticket to Redemption Island.

3) Second Elimination: Jim – I was intrigued with Albert’s idea to vote against Dawn instead of Jim. As the first woman to win the first individual immunity challenge and with her likeable personality, Dawn became an instant threat who could also slither her way inside the Upolu’s core alliance. I was ready to see her go and this could have been another great twist. I just could not fully understand why the Upolu 6 still gun for Jim.

If Jim was the rhino and Dawn was the snake, it’s needed to get rid of the one who could crawl without being bothered by the dirt around.  It’s clear Jim was physically stronger than Dawn. He overtly played an aggressive cut throat game. If he’s angry, he would show it. If the situation was telling him to panic, he came up with a Plan B and went for Sophie & Albert for help.  The Plan B did not work because it was just too late to make it happen.

4) Emotional Whitney – Whitney is probably the first “crying” survivor during a Tribal Council with an immunity necklace around her neck. I was expecting her to cheer up and not be completely bothered by all the thrash talks against them (her, Dawn and Jim). Looking beyond the surface though, Whitney cried probably because she’s hungry and too tired to swallow the game’s lies and dirty dealings.  Truth is; crying is not always a sign of giving up. It’s just that she’s a part of the minority and if it’s her time to go, she’ll go.

5) What’s Going to Happen Next? – If the preview for the next episode is 100% accurate then it’s an intriguing one. Albert gets himself in trouble again by working on his own. Correct me if I’m wrong but none of Albert’s past strategies worked successfully. This time around, can he survive?

For the second time in a row, Ana Ivanovic successfully defends her title in Commonwealth Bank Tournament of Champions in Bali. In the quarterfinals, she avenged her two consecutive losses to Roberta Vinci and quickly raced to 4-0 in the first set. The match ended with only six games dropped by the former world number one.  Even a lack of sleep due to earthquake scare a night before did not stop Ana to defeat the all-court aggressive game of Nadia Petrova during the semifinals. The Russian veteran held a set point in the second set (5-4) but Ana saved it and sealed a win at 7-5.

Ana was up against Anabel Medina Garrigues in the finals. The crowd was already pulling for her before the match even started. Ana’s mom and dad, as well as Nigel Sears, were there too.

I was concerned though upon seeing a white tape in her right shoulder and leg. However, things happened beyond what I predicted. Not to disappointed the fans’ expectations, Ana played an immaculate match against the Spaniard who has won two titles this year. The first two points of the match were won by Garrigues but Ana held her serve very well to win the first game. From then on, Ana smoothly sailed in the lead. She’s hitting each ball with confidence and control, closing out the first set at 6-3. Ana was invincible in the second set. Her serves were heavier, her returns were as powerful as she wanted it to and her groundstrokes were deeper. She’s hitting more winners on both wings and with a net error by the Spaniard, Ana ended the set in 27 minutes (6-0).

This was the last staging of Tournament of Champions in Bali before moving to Sofia, Bulgaria next year. The tournament was formerly called as Commonwealth Bank Tennis Classic and was played in three different locations since 1994. Ana was clearly overjoyed winning the last tournament in WTA Calendar as the wildcard and as the last champion in Bali on her 24th birthday. 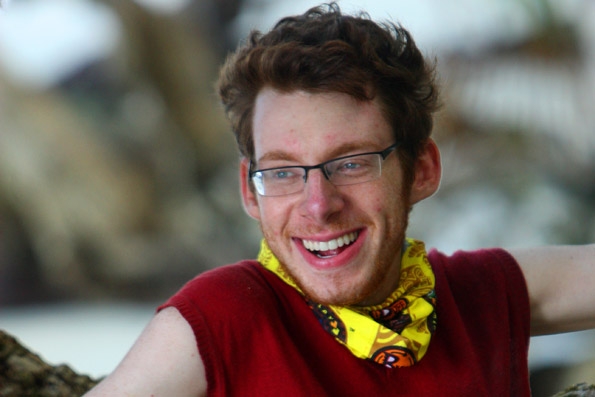 1) The Numbers Game – Let’s get to the facts first. Cochran betrayed his Savii tribe by voting against Keith. Jim called him coward, Dawn was clearly disappointed, Whitney was furious and Ozzy wanted to devour him. Truth is; this episode was nearly all about Ozzy. He stopped Christine from winning duels, he came back and his “assumed” merge came true. Most importantly, he won the first individual immunity in a challenge that requires balance, mental stamina and good positioning of the upper body.

It’s just unfortunate things did not go as planned. Ozzy got confident and failed to remind himself SURVIVOR is not only a game of having as many immunity idols as you can but it’s also about having the solid numbers on your side.

And, who have thought it would be Cochran who got the balls to destroy Ozzy’s master plan?

I saw it coming. I could sense Cochran was up for something after surviving the boot in Episode 3 but I never expected something as big as this. It would take a lot of courage to betray your tribe and shift your loyalty to the other side. Upolu can take him out as easy as A-B-C, right?

Anyway, it’s just a strategic game. Now that two tribes was merged (Te Tuna), the only thing Cochran can do is to outlast others either by little steps or by making a big leap.  Cochran chose the former considering he was aware he could never outplay Ozzy, Albert, Rick, Coach, Jim etc. in Immunity Challenges.  That’s why; he decided to take risks as the double agent.

2) Double Agent – It’s right to say Cochran also put himself in a dangerous position by playing as the double agent. This strategy could either be good for now or it might only destroy his end game. Can it guarantee him a spot in the finale? No. Will Upolu remain loyal to him? Hard to tell. Do I like it for him? Yes. Is it better than what Ozzy did last episode? No doubt, the answer is yes. Will every fan like it too? Not all.

Yet, here’s my take on this: between a good and a bad strategy, Cochran did the smart and certainly the right move to stay another day. Cochran will be remembered for this move. I just wonder who he’ll stick with.

3) The Streak Ends – Christine lost her confidence during her dual against Ozzy. She was nervous and based on the editing, she was trying to do something so fast without the right amount of control, which she needs to win. Now that Christine is gone for good, another story unfolds in Redemption Island and it begins with Keith.