Sometimes, you’re still a threat to other people even if you don’t do anything bad.

To volunteer is a big responsibility. Rise to the occasion.

Here in the Philippines, the new season premieres on Thursday, September 22nd in Jack TV.

Then, there’s this question. Who are my early favorites?

I decided to pick 4 early favorites. Two from each tribe, one male and one female. I have no ideas and clues what will happen; therefore, I’ll take a smart guess based on what I’ve read on their bios.

Last season, I have only one early favorite in the jury. That’s a first since season three. I’m hopeful Survivor gods will stay nice this time and I’ll get luckier with my choices.

Will Wahl is an 18-year-old high school student from Long Valley, New Jersey. 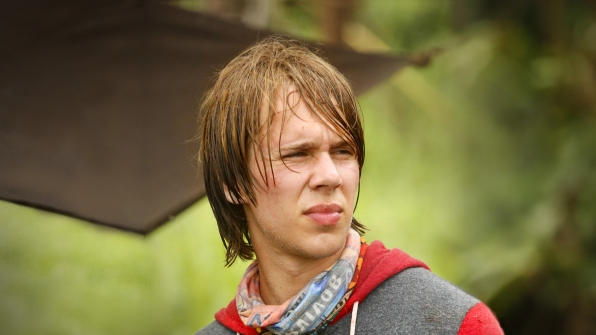 He’s the youngest person to join the show, which is interesting to see how he delivers. Will he choose to be cunning? Adaptable? Dynamic? Or, a combination of the three?

I’m taking the risk to choose Will over Justin. He’s younger. Probably, he needs more experiences to understand how the world works. However, being young isn’t always a weakness. Somehow, there are creative ways to convert a weakness into a strength. If young remains a weakness, he can still use it to survive physical suffering and social politics.

Michaela Bradshaw is a 25-year-old Vacation Club sales agent from Fort Worth, Texas. 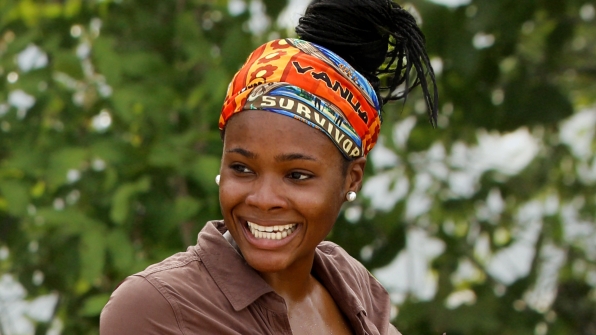 She describes herself as intelligent, fun and competitive. Will she play a game similar to Tasha Fox? Or, be as competitive as Kelley Wentworth? Or, be as fearless as Natalie Anderson who won San Juan Del Sur?

I sense a clear trace of maturity while reading Michaela’s biography. She survives the detours of life. She’s experienced. Yet, I can’t stop doubting how she’ll get along with nineteen other strangers with different personalities.

Ken McNickle is a 33-year-old model from Denver, Colorado. 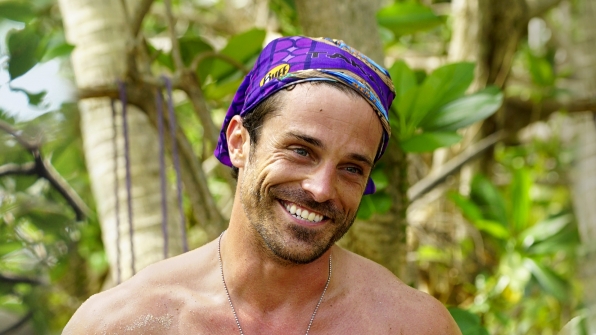 He decided to join the show to win. He believes he owns the right mix of outdoor skills and physical attributes like Ozzy Lusth to outwit, outplay and outlast.

Ken is the youngest among the Gen-X men and interestingly, I see myself in him considering I’m only one year younger than him. The difference is I’m not a model. He is. Therefore, I seem to expect him to use the law of attraction to stick with the right numbers. However, flirting has its limits. What will Ken do to adjust to the layers of threats against him?

Sunday Burquest is a 45-year-old youth pastor from Ostego, Minnesota. 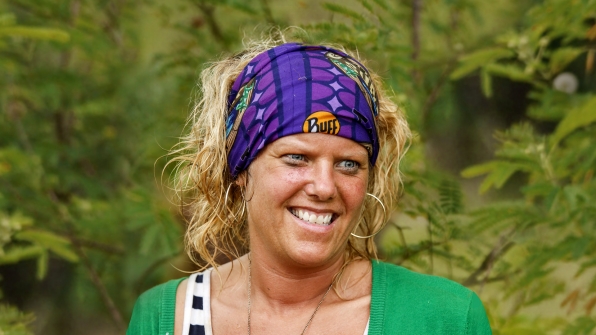 She sees herself a lot like Lisa Whelchel from Survivor Philippines. They’re both moms. They’re both motherly. Question is: how will her tribe accept her bossiness? How will she play it to her advantage?

Apart from Lisa, Sunday reminds me of Kathy (Survivor Marquesas). I can seem to sense her strong desire to take risks and win. Little by little, she might get whatever she wants considering the drive to prove something big for herself. She survived breast cancer, why not Survivor?

Let me start by saying I’m an Usher fan since third-year high. I was 16 then. Now I’m 32, I’m surprised he still knows how to exceed all my expectations. 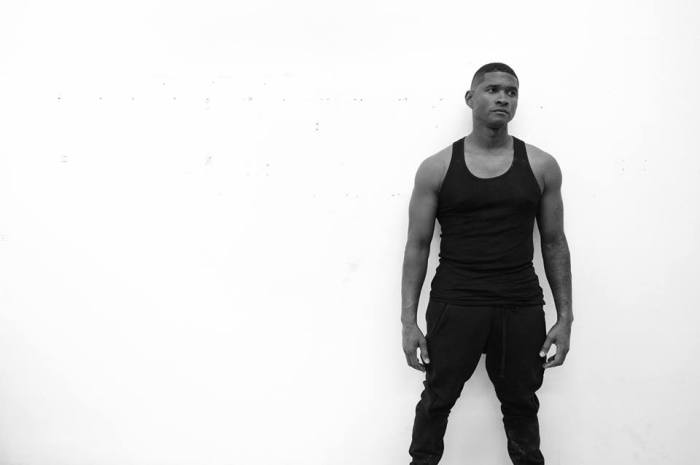 From his self-titled debut to My Way to 8701 to Confessions to Here I Stand to Raymond vs Raymond to Looking 4 Myself, it’s safe to say Usher managed to experiment with his sound.

Some are successful. Some are not. Yet forget the past. The past is history. He grew and learned from it.

Hard II Love contains 15 tracks. Listening to every song makes me realize this is his new masterpiece, which is divided into two parts.

The first part is mostly about regret. The second part is about desire, sex then it closes with a story that inspires the world.

The album opens with a soulful story of love. It’s the kind of love that seems to gone south but the man wants it all back. He realizes he needs the girl and he knows she completes him. 4 of 5 stars!

This is my personal favorite. It feels there are traces of old and new schools of R&B from start ’till end. It sounds experimental but it creates a series of stairs to maneuver the album from land to the galaxy of stars. The song tells a story of a man who misses the woman of his dreams. 5 of 5 stars!

Of course, an Usher’s album is incomplete without Hip-Hop. No Limit satisfies that craving. Thanks to Young Thug and this song becomes hotter and crisper to the ears. 4 of 5 stars!

I’m listening to a New Usher in this. He takes risks to express his thoughts freely and surprisingly, the result is something that is fire. Bump is the song title but it feels there are no bad bumps at all. 5 of 5 stars!

Let me tells a story of a man who is insanely wants his woman back. Somehow, the story reminds me of Confessions. The biggest difference is, there’s a background vocal on-repeat. It keeps saying, “Let me love you.” 4 of 5 stars!

It amazes me when Usher sings in various techniques while preserving the substance, which the song needs.

Downtime revolves around the story “I love you, I want you, but I don’t know why we’re having problems.” 4 of 5 stars!

A personal favorite of mine. I was speechless the first time I’ve heard it. Usher sprinkled the song with vulnerability and regret.

Its music video blends with the story, in which the man remembers his girl. He wants a second chance of love but it seems all things will stay as a memory. 5 of 5 stars!

Track 8: Make U A Believer

It seems Crash is a difficult song to follow but Make U A Believer doesn’t disappoint. Seemingly a similar spin to No Limit, it delivers a message of “please believe me, not them.” 4 of 5 stars!

This less-than a minute track (or shall I say interlude???) serves as a bridge to open a new chapter.

It takes me a while to figure out what FWM means. Follow Me is something you say when you want to attract someone from your past. 5 of 5 stars!

It’s one of the album’s highlights. I’m surprised when Usher releases a music video without formal notice. Now, I understand why. The consistency of the song travels smoothly. I visualize it as a new concrete road. Its construction went rough but as time goes by, when it’s all done and open for public, people learn to like it.

Personally, it’s the one song that grows in me after numerous plays. 5 of 5 stars!

Are you kidding me? This song is eight minutes long and every second is scorching hot. I heard a lot of sex songs. It’s an essential part of R&B.

Sometimes, I get tired with it but Tell Me is a whole lot different. Usher’s falsetto takes any listener to a smooth journey filled with pleasure and ecstasy.

The album’s title is kind of ambiguously delicious. I’m not crazy about it and I don’t dislike it either. It’s the kind of song that shows Usher’s imperfection. He’s naked (figuratively) when he reveals he’s hard to love and trust.

The song sends a deep message of truth and acceptance. It also tells me Usher’s been through a lot and he keeps going no matter what. 5 of 5 stars!

This song inspires me. It makes me realize life is a never-ending journey of sadness, courage and hope. 5 of 5 stars!

It’s the official soundtrack for the boxing-drama film “Hands of Stone,” in which Usher plays the role of Sugar Ray Leonard. This Afro-Caribbean uplifting song serves as a sweet finale, which happens to be an ideal theme song for Rio Olympics. 5 of 5 stars!

If there are negative things about the album, there are two to mention. One, the album’s cover shows a decaying Usher that is made of concrete. It sends a message that he’s either done or he’s hopeless to make a comeback.

Or maybe, that’s the exact picture that describes Track 13: Hard II Love. You see, Usher is an accomplished artist, businessman and father. He’s physically fit with a chiseled abs.

People, myself included, envy how he looks. Yet, inside the exterior surface is a flawed human being.

Two, there’s no Good Kisser. Where is it? This song is hot. The music video is also hot. I wish it’s part of this masterpiece but somehow, Hard II Love stands strong without it.

Therefore, this is the album I’ll always listen to and will never get tired. Usher returns to R&B with a blast and he blindsides me with all its greatness. Stream it now.

No one cares about this countdown but me.

Climb out from the bottom baby | No more looking back only straight up | Foot on the pedal baby, it’s time to find what you’re made of | Everybody wants to be adored | You don’t have to settle for being enough | Back to life, back to life | Nothing can break you | I will survive, oh, oh, oh, oh, yeah | Back to life (AZ Lyrics)

So many memories tells how long it’s been | And I accept the blame as to why you’re with him | He wouldn’t approve of us just being friends | Please, that’s all I need | Out of respect I back away for a while | Promise to keep me in mind | I hope he makes the biggest mistake | The unforgivable that makes your heart break | I hope you tell him “sorry is just not enough” | And it goes from good to bad, so I can have you back (AZ Lyrics)