Confidence is a good thing. Being too confident gets you in trouble.

Photo Courtesy of: She Knows

Until now, I couldn’t get over with Second Chance. It’s a great season but with a doubtful finale.

I was rooting for Tasha to win. Spencer, however, deserved the title more for three crystal-clear reasons.

He’s not my favorite but his game strategy in each episode grew in me. He’s one hardworking dude who survived a possible blindside more than once.

Spencer was a more memorable character not because of his life outside the game but because of the way he managed himself while playing the game.

The jury must have forgotten to notice that. I understood the reason why they voted for Jeremy who is a father with three children. What I didn’t get is none voted for Spencer who played a more strategic game without getting too comfortable.

It’s Spencer who took the biggest risk to blindside the threat – Stephen Fishbach. I hated that episode. I wanted Stephen to win. Yet, I realized that’s something Spencer must be credited with.

I have nothing against Jeremy. I rooted for him way back in San Juan Del Sur. It’s just that someone outwitted and outplayed better than him.

Spencer couldn’t only outlasted Jeremy due to jury votes.

Life goes on as they say.

So, a new season premiered two days ago. Thank you Jack TV for airing a live episode here in the Philippines!!!

With Darnell Hamilton exiting the game so early, I have five favorites left. 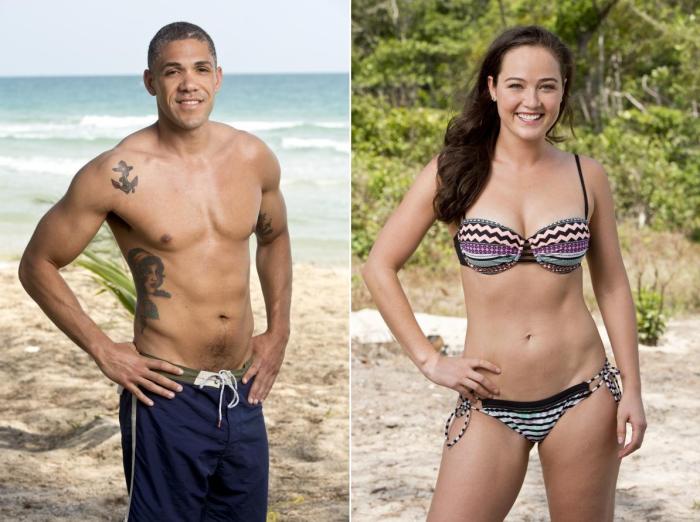 Peter works as an ER Doctor with multinational citizenship. He considers himself as a smart and capable person who can talk with anyone.

He believes he’s good with words, that even a pointless conversation, he can handle it effectively.

In Episode 1, Peter was nicknamed as Barack Obama. They said he looked like one. The biggest question now, is he smart enough, like Obama, to stay longer without being labeled as a threat?

Elisabeth works as a quantitative strategist. That alone makes her a stand-out in the group.

No need to doubt, Liz appears to be a smart and analytical person who can immediately use her charm to side with the right people.

The reason that she adores Parvati Shallow (Survivor Cook Islands, Survivor Micronesia, Survivor Heroes vs. Villains) before joining the show, it seems fair to say she thoroughly studied her social and strategic game in three different seasons.

Liz was best remembered as a receptive person in Episode 1. She empathized and she showed concern.

In real life, Liz wrote computer programs to predict stock fluctuations. In Survivor, how will she create a program that requires a lot of rebooting?

Jennifer works as a contractor who survived challenges, trials and tribulations outside the game (endometriosis, drug addiction, cancer).

She considers herself as a hardworking bad-ass chick. She loves to cook; therefore, that makes her a likeable person to be around.

She adores Kim Spradlin (Survivor One World). To her, Kim was a complete social strategist who didn’t rely on alliances. She also created sub-alliances moving forward.

Jennifer appeared as competitive person in Episode 1. She’s best remembered as someone who suffered a bad ear problem.

Thank God, the little maggot thing showed up and was removed. 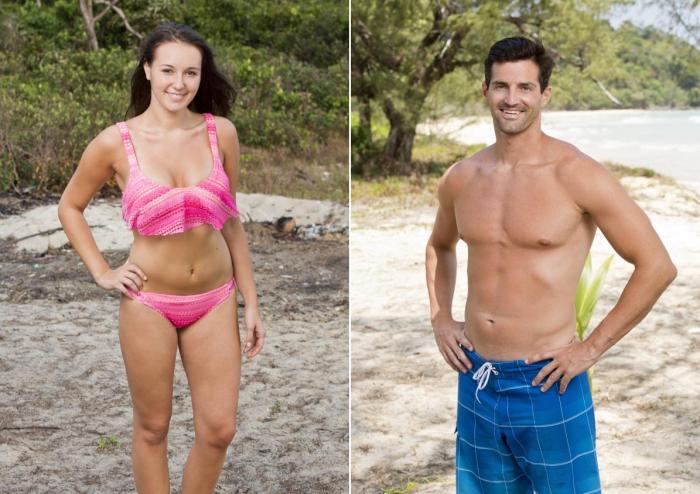 Anna works as a professional poker player who describes herself as loyal, kind-hearted and perfectionist.

She’s a big fan of the show and she’s all set to use what she learned from watching the game.

Unfortunately, she received a small portion of the edit in Episode 1. I barely remembered her. I saw her playing the immunity challenge like a gorgeous rockstar but nothing special before and after that.

Based on her profile, Anna will do what it takes to stay longer, and curiously, how will she use her knowledge and experiences in poker to outwit, outplay and outlast 17 other strangers?

Nick works as a personal trainer who loves to write and manage his web projects.

He highly regards himself when he mentions “I’m my own hero…” in his profile. He believes his charm, athleticism and ability to manipulate people will help him win the season.

Nick was given an edit who appeared as a hardworking but arrogant person. How will he change his reputation and safely move forward is the question yet to be answered.