I have to agree with Probst’s Predictions. It all makes sense and looks like he really knows what he is talking about. No one has gotten so close with the castaways except for Probst. Only this man has witnessed how hungry, broke and how pissed off they are with each other.

If there’s anyone who acted a HERO and at the same time a VILLAIN in the show, it was Jeff Probst. He is the soul and heart of SURVIVOR who manages to put much pressure on each castaway during Reward & Immunity Challenges and Tribal Councils.

Parvati won the Immunity Challenge (A repeat of SURVIVOR GABON’s Episode 8 IC and Matty outlasted Bob to win it for his tribe, Fang). Oh Yeah! This is the right time for another celebration, right? This woman continues to amaze me. Parvati was struggling, clearly not in a good shape during her showdown with Rupert, but Parvati always find a way to fight and flirt her way to success. How HOT is that?

Jerri tried her very best to win this episode’s reward challenge. Her level of confidence went uphill while teaming up with her sister. This was a sweet triumphed for Jerri and I was certain that by choosing Parvati and Sandra to go with her, Jerri has already shifted her loyalty to the girls. 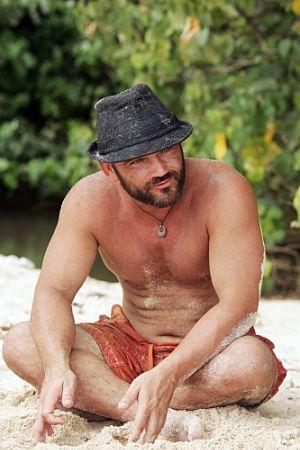 I wanted Russel Hantz to win the reward challenge. I was looking forward seeing his wife get more airtime. I was pretty certain Melanie has a lot of juicy things to say in front of the camera. Yet, that’s fine. Even with a loss, Russel still tried his best to control the group. He sealed a handshake with Rupert and even asking Sandra if she’s with him or against him. That moment was insanely funny! It’s hard to believe that Russel was allowing himself to beg for survival.

Sandra’s social game was going in the right direction. She made it clear that she was against Russel still, she chose to play her hidden idol even when she’s safe. In this case, I agree with what Probst wrote in his blog:

“Sandra’s decision to play the idol will have consequences.  Had she not played it, nobody would have ever known.  By deciding to play it she revealed that she had kept a secret from everybody in her alliance and everybody in the game.  Curious to see how that plays out, but it was a big, risky and ultimately wise move.”

Colby could not win a challenge. He regularly screams at his elder brother during the reward challenge due to frustration and was the first one out during the immunity challenge. Was this real? Is that the “real” Colby or is it simply a strategy?