Skip to content
HomeSurvivor Insights 104: South Pacific – Who Are Your First Impression Favorites? 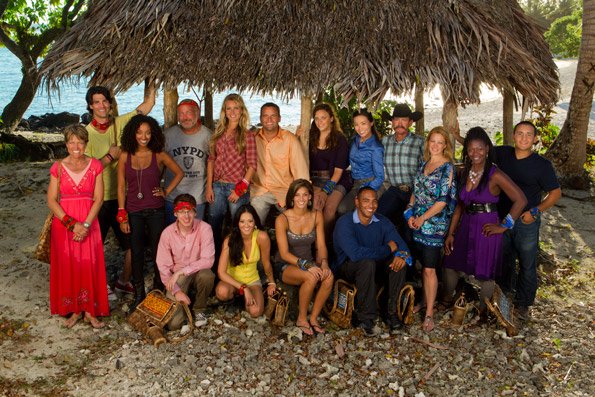 1) The Return of Coach & Ozzy – It looks like this season can still be a complete season without these two. When Boston Rob won the first season in which Redemption Island was introduced, I kinda want to watch a season without returning players but there’s still Redemption Island. You see, it’s quite bias to have those returning players. Of course, they got the upperhand. They have the experience, they played this game more than once and they might or might not help improve the TV ratings.

The only biggest problem here is, this season has diverse new personalities to get to know with. Just by watching the hour and thirty-minute long pilot, five or six new names stood out even without listening to Coach’s lengthy, verbose, deeply insightful confessionals and seeing how physically competitive Ozzy is. I sensed a quite different Coach after losing the first reward challenge and be betrayed by his group. He regrouped well and came back strong. As for Ozzy, he’s still the same apart from his “Bob Marley” hair which I got no idea why he did it. He wanted to vote out Cochran than Semhar and still voted against Semhar. This confuses me!

Just imagine if those minutes of editing stolen by these two were given to other castaways, this episode would have been better. I’m not saying the pilot was bad, it was a blast even, one of the best pilots in twenty-three seasons but it could have given more airtime to those who stayed below the radar.

2) Albert & Mikayla – These are the two new names that stood the most while I read their CBS bios. The way they described themselves and gave their reasons why they should be the sole survivor are what I want to read. When asked “Why you think you will be the sole SURVIVOR” Albert responded: “I know that I possess a unique combination of attributes that would make me a favorite in this game. I’m athletic and very socially adept. I’m calculated and self-aware…” Take a closer look in his answers and the most important keywords are Unique Combination of Attributes (could be interpreted as being dynamic), Calculated (has the ability to take risks without digging his grave) and Socially-Adept (if he’s good at socializing then that means he’s well-aware what’s happening around him). In Probst’s assessment, Albert is his dark horse. It will be just difficult to say how strategically consistent he is when he’s starting to get so hungry and everyone views him as the silent threat.

Mikayla considers herself the independent woman when asked “Why you think you’ll survive SURVIVOR.” At twenty-two, she loves sports, she’s a competitor at heart, she reminds me of Stephenie LaGrossa and she’s the hottest woman of the season. It’s awesome the editing loves her too (I saw a hardworking Mikayla at the camp and a feisty Mikayla during the Immunity Challenge = What can you ask for???). It’s just absolutely funny how Lil’ Hantz’s nephew got scared of her. Brandon is still a teenager and I understand what he’s going through. (Just don’t vote her out Brandon – like what your uncle did to Marissa in Samoa). Probst called her the female version of Boston Rob who’s not afraid to flirt but you know what, it’s still hard to deny it. I’m not too confident if Mikayla could still hide her outspoken personality when it’s needed to. If she dislikes liars and dishonest person while playing this game, this can put her in a real danger. 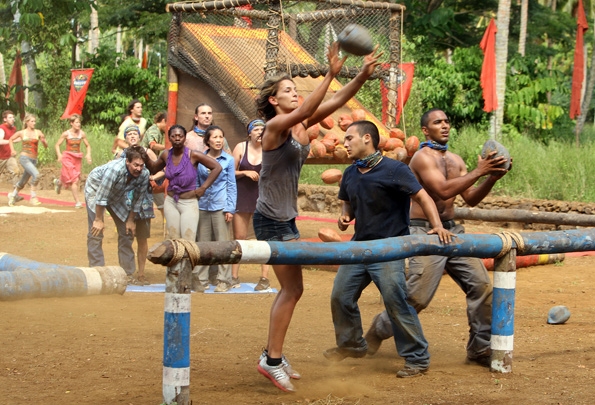 Even when they are not in an alliance yet, Albert and Mikayla own this Immunity Challenge and they received the right amount of editing they deserved to have. Upolu won this challenge because of these two (Brandon as well).  Their unparalleled desire to compete and win was absolutely incredible.

3) Cochran & Jim – Cochran is labelled as the season’s nerd. Anyone out there who considers themselves nerd but did brilliantly in school can absolutely relate to Cochran’s insecurities during the pilot episode. He’s a Harvard law student in real life, very smart, but it does not mean he’s also too confident to show off what he got. Cochran is the type of person who spends a lot of his time reading books and surfing the Internet inside the library and not certainly the beach guy who carry the heaviest dumbbells inside the gym just to get chiseled chest and six pack abs. Cochran is the fan of the show and he’s after of the knowledge he will learn.

Why you think you will be the sole SURVIVOR: He answered: “Sure, I’m bright and have an extensive knowledge of Survivor, but none of that does any good unless you’re able to figure out the reasons why other people do the things they do.” Should Cochran used what he has learned from watching the show for twenty-two seasons, I’m sure he’ll have the swag to equal the intelligence of Ron Cesternino (Amazon) or Stephen Fishbach (Tocantins).

Jim Rice, is he related to Nicaragua’s Chase Rice?

If he is or not and even he’s Ozzy’s tribemate – to be honest, he’s more interesting than Ozzy and Chase. Next to Cochran, Jim stood out from the rest of Savii. He lies when he needed to, he got a strategic game going on, he earned five MBA’s in real life, he’s excellent in playing poker and he admired Ethan (Survivor Africa Winner) as the SURVIVOR Contestant He Most Like. Jim might be the most complete player but the unluckiest one should he not win.

9 thoughts on “Survivor Insights 104: South Pacific – Who Are Your First Impression Favorites?”